William Orpen: An Onlooker in France.

Onlooker was exactly William Orpen’s job: He was engaged by the British government to ply his artistic skills on the battlefields of the Western Front, supplemented by portrait sittings of military and civilian bigwigs.

Many of his landscapes are about the same quality as Hitler’s landscapes of similar scenes. Hitler’s rendering of intact architecture may be technically better, but Orpen wasn’t reluctant to include human figures in his scenes (as Hitler seemed to be), even if many of those figures turned out to be more than a little grotesque. Some of Orpen’s landscapes look redundant, but, then, how much was there left to see, after the countryside had been pounded into islands of rubble in a sea of chalky mud?

In addition to discussing his work, the editors’ text provides details about Orpen’s personal life and times, some of which don’t bear close inspection. His self-portraits also tend to be less than flattering.

You can download Orpen’s original work for free at Project Gutenberg, but what you’ll get won’t be in color. This bound, printed copy brings variety to a Great War coffee-table-book collection, because its medium is painting rather than photographs.

The scenes that I chose for cover illustrations, details of which appear in the header of this blog, are also Orpen’s work, which is now in the public domain. 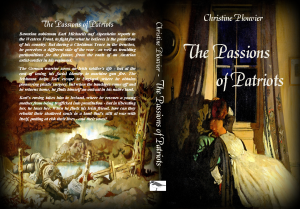